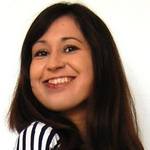 Desislava Mileva is an art historian and an art critic. She lives and works between Bulgaria and France. Her education includes a master’s degree in modern art from the University Lumière Lyon 2 and another one in cultural politics from the University of Burgundy in Dijon. She is especially interested in the relations between art and audience. She has publications in different Bulgarian media outlets such as Kultura, Literaturen vestnik, Egoist and Toest. 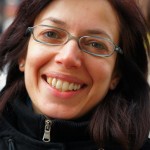 Svetla Petkova, Ph.D., is an art historian and critic. She studied art history in the National Academy of arts in Sofia. From 2002 to 2016, she worked for the weekly newspaper Kultura as editor in the visual arts section. She is author of numerous articles and interviews about the Bulgarian cultural and art scene, and writes reviews about some of the most prestigious international events such as Documenta, Kassel (2007, 2012, 2017), Venice Biennale (2007, 2017), Berlin Biennale (2008, 2012), Athens Biennale (2009), Istanbul Biennale (2005, 2007, 2009, 2015) etc. As art theoretician, she is especially interested in the art collecting practices in Bulgaria since the late 20th century. 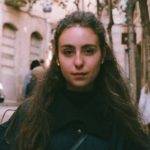 Boyana Djikova was born in 1996 in Sofia. She studies law at Sofia University. She has publications on the Informational portal of nongovernmental organizations website regarding citizen rights in Bulgaria. From the beginning of 2016 she joins the team of Gallery 2.0 in Sofia – an urban place for art, people and events, which presents regularly Bulgarian and foreign artists working in the contemporary art sphere. She is interested in the art transformations and their direct relation to those of society. 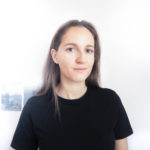 Born 1985 in Kazanlak, Bulgaria. In 2004 graduated the National School of Plastic Arts and Design “Acad. Dechko Uzunov”, Kazanlak. Master in Painting (2010), Veliko Tarnovo University „St. St. Cyril and Methodius „, in the class of Assoc. Prof. Yordan Parushev (1958-2011). In 2009 specialized in “Strzemiński Academy of Art Łódź” (ASP Łódź), Poland.  Participated in plein airs and group exhibitions in Bulgaria and abroad. Works in the Ministry of Culture since 2010 in the field of art galleries, visual arts, and preparation of national and international exhibitions. Interested in synthesis of arts, concentration of contemporary art in urban environment and the role of visual communication for the cultural image of Bulgaria.

Open Arts Foundation was founded in Plovdiv, in 2007, by Katrin and Vesselina Sarievi. It is registered in the Central Register of the Bulgarian Ministry of Justice as a public-interest non-governmental organization. Between 2005 and 2006, Open Arts Foundation exists as a platform for non-commercial culture of SARIEV Contemporary gallery, developing projects such as Plovdiv Night of Museums and Galleries (the foundation’s largest undertaking which will later become the widely recognized festival Night/Plovdiv). In March 2010, Open Arts Foundation opens its own office at 36 Otets Paisiy St., in close proximity to SARIEV Contemporary and artnewscafe. Among the many projects of the foundation are the festival Night/Plovdiv, the educational series of lectures Introduction to Contemporary Art (in Sofia), FLUCA – austrian cultural pavilion (in partnership with Embassy of Austria in Bulgaria) and most recently CARGO – an online database for contemporary Bulgarian art (to be developed in 2018 – 2019 in partnership with Plovdiv – European capital of Culture 2019)

Today, Open Arts Foundation together with SARIEV Contemporary and artnewscafe, continues to work for sustainable development and creation of models and practices to support the Bulgarian modern culture.